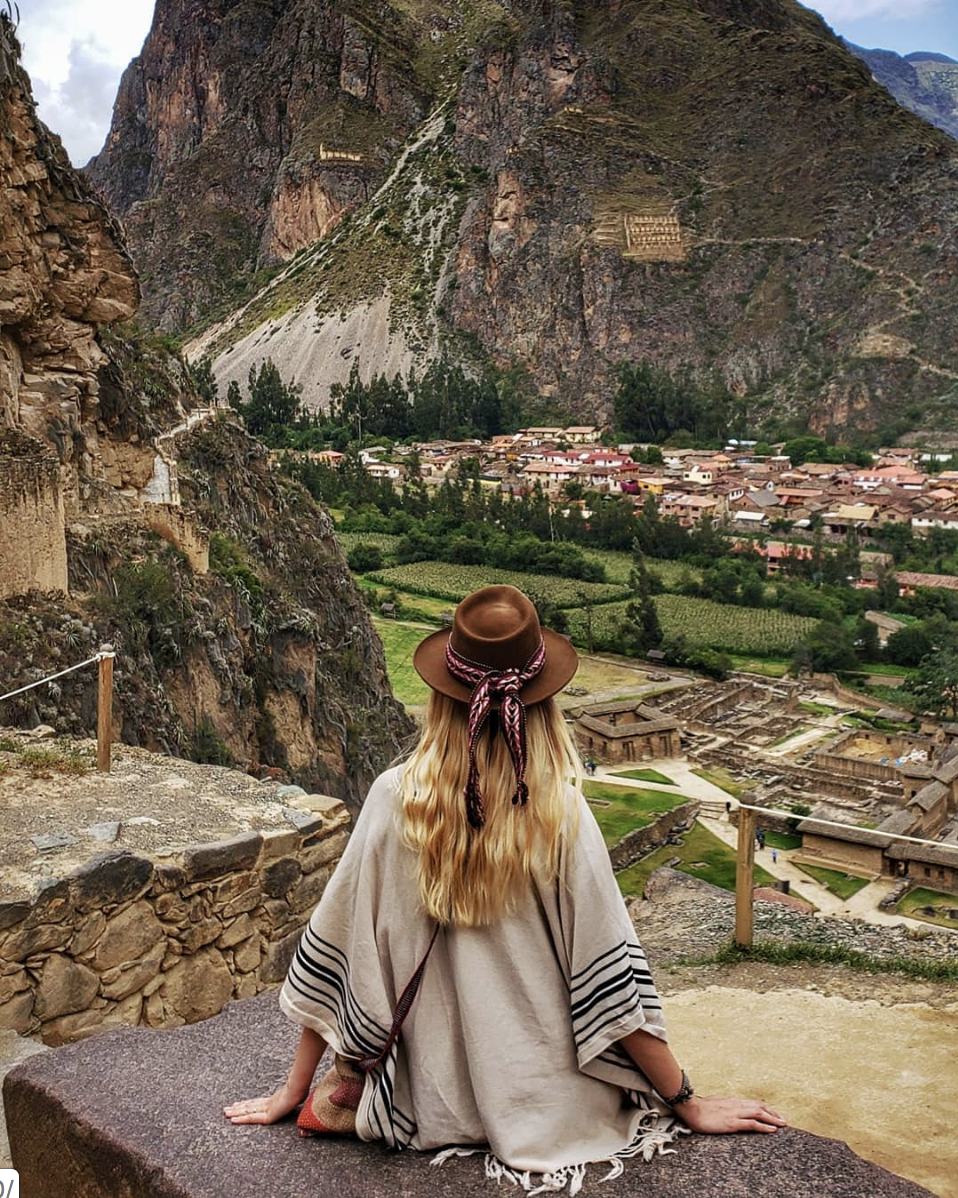 The Andes Mountains spread from Venezuela, far south to Argentina, spanning seven countries and capturing the interest of many worldwide. At the heart of this range is the Sacred Valley in Peru, the capital of the great Inca empire and the birthplace and inspiration for Andeana Hats.

Friends and Andeana Hats Co-Founders Laura Grier and Pats Krysiak met in Peru and have always shared a mutual love and adoration for the country that brought them together, so much so that Pats now lives there and Laura visits at least once each year. During the summer of 2018, the two trekked to the world-famous Rainbow Mountain, hired by Pats’ work to test their newly-organized tour. It was on this trek, exhausted and surely feeling the effects of the altitude, that the idea for Andeana Hats was conceived.

“As we were hiking, I kept stopping and photographing all of these amazing people that had all of these different hats. Our guide was making fun of me and how hat-obsessed I was, and Pats told him, ‘She’s like Indiana Jones,’ and I said, ‘I’m more like Andeana Jones,’ because we were hiking through the Andes Mountains. Then we both kind of stopped and thought, wow, that’d be a great name for a hat company,” said Co-Founder Laura Grier, also nick-named ‘The Indiana Jones of Travel Photography.’

As soon as they returned from their trek, they began arranging artisans, partners and logistics to make Andeana Hats a reality.

“I’ve always loved the hat culture of Peru, specifically the Sacred Valley because I’ve been there so many times,” said Laura. “We basically took the styles that we knew that they had—the bowler, the western hat, the fedora or the Spanish-style flat hat. These women make hats for themselves, but they don’t make hats for a living, and they don’t sell them in the markets. So, we chose six of those styles that they wore, and we have a family shaping and creating those hat styles for us now.”

Andeana Hats has six different styles of hats, all available in a variety of colors. You may then choose one or more intention bands to adorn your hat, all woven with traditional Quechua patterns, each one representing a different intention: vitality, love, connection, balance, protection and abundance. Each hat is then embellished with an ammonite broach in the shape of a chakana, the Inca cross and a symbol representing the union of the spiritual and physical realms, to ground your energy to the earth’s energy.

“The whole idea was we wanted to infuse the energy of the Sacred Valley and bring it into your everyday life, wearing your intention, being intentional in your life, caring about where your clothing comes from and supporting women,” said Laura. “The entire project and company is very intentional.”

As a company founded by two women, Andeana Hats strives to support women and encourage them to not only carry on their traditions but share them with the global market.

“The women that we’re hiring to do the weavings all raise alpacas and llamas, gather the wool, use natural pigments to dye the wool, and they do everything by hand. It’s something that’s a cultural practice that’s been handed down for generations,” said Laura. “The entire project is empowering everyone, there’s no charitable part about it, it’s about supporting each other. Everybody wins, everybody is doing what they love, and the person that’s buying the hat gets an amazing product that will hopefully shift their energy, empower them and ground them in their crazy, technology-filled life. It’s just the idea of grounding people and empowering them at the same time.”

Andeana partners with a local nonprofit, Awamaki, that essentially acts as an agency, uniting these craftsmen, providing an outlet to sell their goods and ensuring the women are being paid a more-than-fair price for their work. The organization incorporates additional fees into their prices so they can additionally provide medical and financial programs for their artisans, as well as host educational programs to teach the women sales skills to properly value and sell their products themselves.

Laura and Pats have the continual honor of working with these women, but want others to experience the mystics of these mountains and the people that live there for themselves. As an additional component to Andeana Hats, they’ve organized tours so their customers can stay with these women and see firsthand their traditional practices and way of living.

“Not only are we facilitating mini-tours or homestay weekend tours with the Quechua community, but we are also doing retreats: half in the Sacred Valley, half in the Amazon jungle of Peru. Pats has a second business called Glossy Paradise, and it’s these amazing face oils made from endemic fruits from the Amazon jungle. There’s another community she’s been working with in the Amazon to make that, so we’ve been joining the two businesses for a retreat to visit both the communities that make these products.”

Ultimately, Laura and Pats’ love of Peru is profound. It forms friendships, spans cultures, empowers women and motivates intention. The energy of the Sacred Valley has taken hold of them, and with their hats, it just may take hold of you.