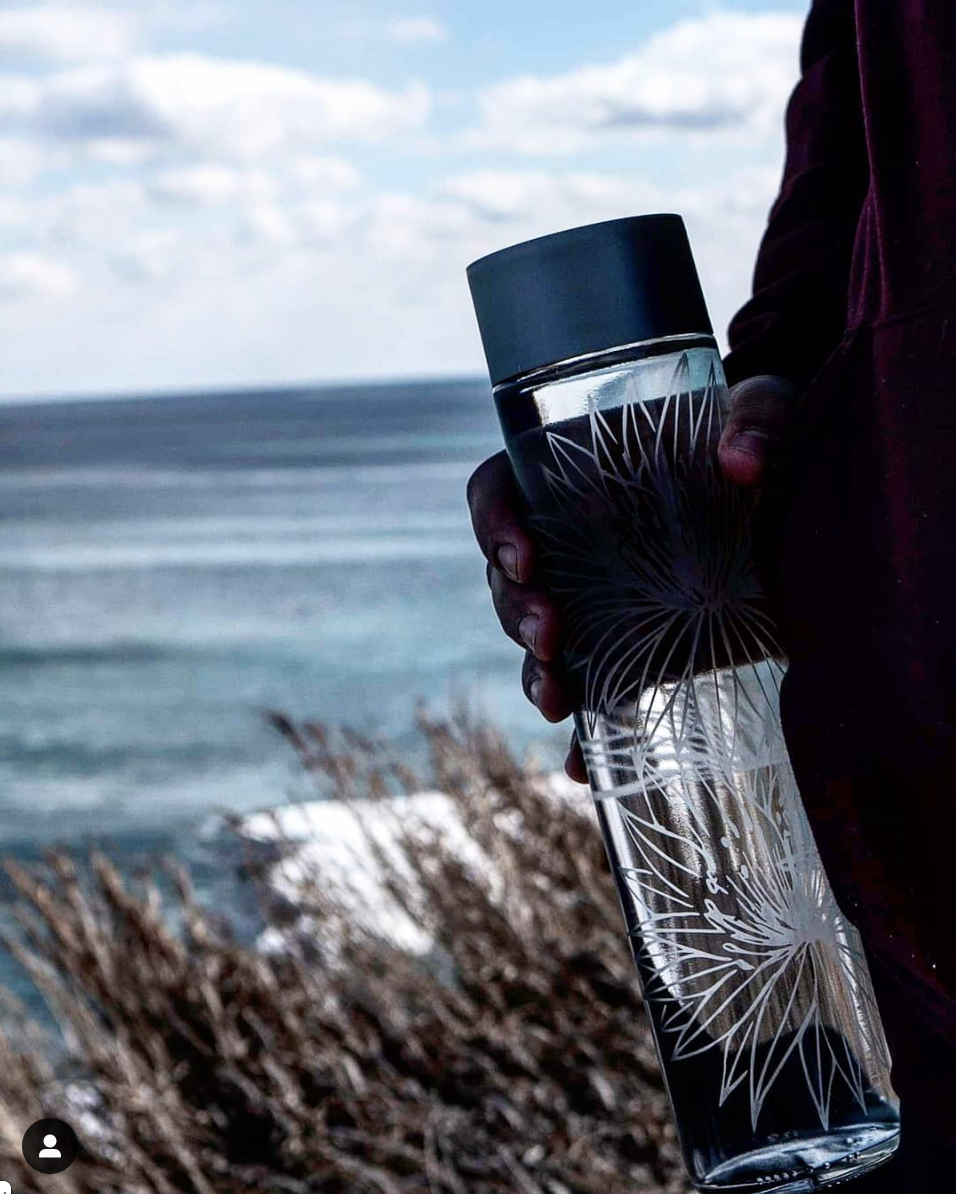 19 Jan The Etching Bee and Its Bottles for Change

“I’ve always felt I’m going to do very big things in the world… I know I’m going to facilitate a lot of change, and I know The Etching Bee is at least the starting point of this,” said Etching Bee Founder Ben Bruzik.

His whole life, Ben predicted his future would hold great purpose, that he’d change the world for better and encourage others to do the same. It was how, he didn’t know yet. With a head full of ideas and a knack for entrepreneurship, Mr. Bruzik long searched for the right outlet to both express himself creatively and serve a purpose. One day, while looking to expand his knowledge and understanding of various crafts, he discovered glass etching, and quickly mastered this art form with precision and beauty, now able to etch nearly anything.

“It instantly resonated with me, and I knew that was it. I didn’t have a full idea, but I just thought, ‘Wow, that’s something,’” said Ben.

In the beginning, he etched everything, but once he etched a water bottle, there was no turning back.

A lover of the earth, it was only natural that Ben’s purpose would be to protect the environment and the creatures that live there. With an animal-lover for a mom and an outdoorsman for a dad, from an early age, Ben was taught to appreciate and respect all aspects of nature.

With the current state of our environment, Ben hardened his focus on ways to use his business as an outlet to protect the planet, and, in May of 2018, he moved across the country to California, and decided to dedicate himself entirely to The Etching Bee and its mission.

“I decided I’m going to do this full time and dedicate essentially my whole livelihood to it. I’ve been doing this since then. Since then, it’s grown and I’ve really realized who I am and what kind of leverage I have and what I can do on this planet. It’s become my outlet and my way to express. Essentially, it’s become my output to be the change I wish to see in the world,” said Ben.

The Etching Bee partners with various environmental and animal rights organizations to support efforts beyond their own. For example, they work with One Tree Planted to plant a tree for every bottle sold, in efforts to help reforest the Amazon.

“We’re up to about 450 trees already, but realizing my platform and realizing the potential, one of my goals in life is to replant the Amazon. One thing I think about a lot is if humans destroy it, then we can restore it,” said Ben. “Selling a water bottle doesn’t mean that much to me. I mean, it means a lot to me, but it means a lot more when I can trade a water bottle for a tree. I’ll make that trade every day of my life a million times over.”

The Etching Bee also sells bottles that benefit specific charities, like the Save the Animals bottle which benefits Lemon Ranch Animal Sanctuary in Temecula where Ben regularly volunteers.

Still, Ben hopes to make a greater impact, and has thus made it his mission to not only supply an alternative to the plastic water bottle, but to educate about the importance of using an alternative in the first place.

So, he and his staff, comprised mainly of his closest friends, are out on the streets talking to people, facilitating conversation and educating on the importance of sustainability and the impact plastic has on our planet, encouraging an overall shift to reusable products.

As his business grows, Ben hopes to have Etching Bee representatives all around the country spreading this message and encouraging a nationwide paradigm shift to reusables.

“The more I expand and the bigger I get, the more I’ll be able to change and do everything I want on this planet,” said Ben. “They’d have to kill me to get me to stop.”

Fueled by a love for the natural world and a hatred of plastic, Ben continues to fight for our planet, one bottle at a time, facilitating the change he always knew he’d create.